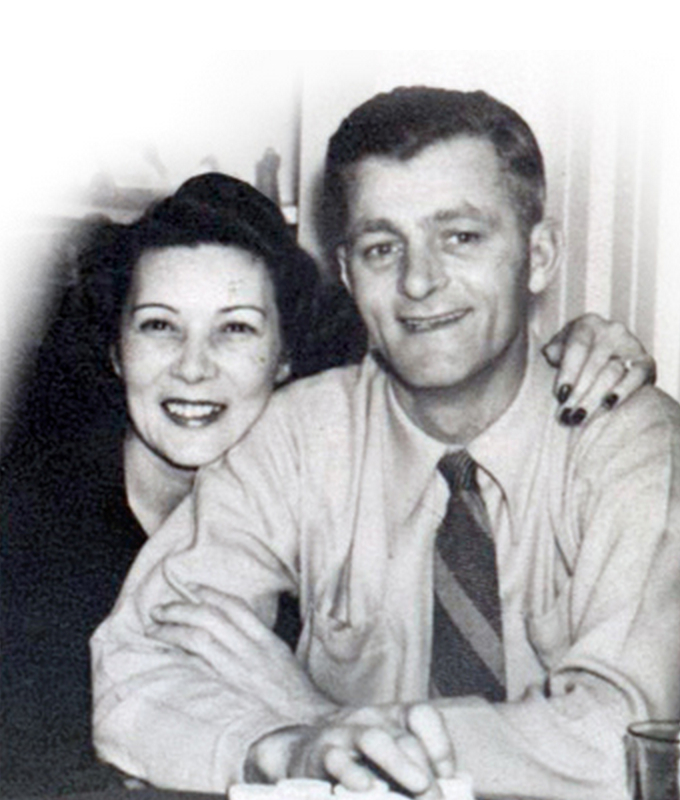 Hans and Cay Jacobsen met in New York City in the early 1940s. Cay Winn, originally from Virginia, was working as a nurse when she met Hans, who was in the nursery business. Together they managed a variety of nurseries and greenhouses that mainly supplied flowers to florists, but that shifted during World War II when Hans was commissioned by the United States government to grow vegetables for the military.

Every winter, the Jacobsens left New York for their cottage at Spark’s Fish Camp off Hwy 441 at Bassville Park in Leesburg, Florida. In the 1950s, they bought the lot next to the camp and built their permanent home on Lake Harris. They purchased the “Oak Grove Fernery” at the Lisbon Bridge, where they raised ferns and sold them to florists around the country.

After Hans passed away in 1988, Cay began the Hans and Cay Jacobsen Foundation in his honor to promote their shared charitable causes, including providing financial and educational support to orphaned and handicapped children. In its early years, the Foundation funded the Rodeheaver Boys’ Ranch, the Easter Seals Camp Challenge in Eustis, the Florida Sheriffs Youth Ranch, and other charities benefiting special needs and underprivileged children.

The Jacobsens also dearly loved animals. A gift made during Mrs. Jacobsen’s lifetime provided enough funding to construct a new facility for the Leesburg Humane Society. Mrs. Jacobsen, who was a nurse in her early years, also used the Foundation to create nursing scholarships for Lake Sumter State College.

Cay Jacobsen passed away in 1999. Both she and Hans are buried at Hillcrest Memorial Gardens in Leesburg.